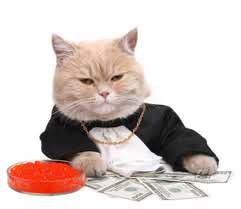 Since our launch, we have received frequent and sometimes shocking reports about problems with service charges.

We wanted to build a fuller picture of the problem so we asked tenants and residents to help us by sharing their experiences. Our was launched in early November and initial findings were published in December 2020.

You can participate in the survey here and see our summary findings and conclusions below. Download the full report here.

Letter to Your Local Member of Parliament

To permanently clean up housing association service charging, we are asking everyone to write to their local MP. See here.

We also urge all housing association tenants and residents to write to the Board Chair for their landlord demanding remedial action on service charges.

To make it easy, we have produced template letters and provided contact details.

Please see here to download and send your letter.

Tenants and residents who pay their bills struggle to get reimbursed if an error is identified. Around 70% of overcharged respondents had not yet been reimbursed, and around 35% were still battling between 12 months and two years after the billing date. In all cases of undercharging, the landlord had recouped the loss.

Some landlords are clearly worse than others; Hyde, Clarion and Sanctuary featured heavily in the survey and amongst complaints received by SHAC.

However, across the sector it is evident that tenants and residents are getting a raw deal, and the ability of housing associations to manage this aspect of their business responsibly is questionable.

Far more needs to be done to improve transparency and fairness, redressing the balance in favour of tenants and residents rights. Measures could include for example:

It is only through such measures that the system of service charging can be made transparent, and tenants and residents can be sufficiently empowered to address errors.

SHAC will now consult tenants and residents on the findings in this report.